Budget 2021 update from your Stafford-based accountants 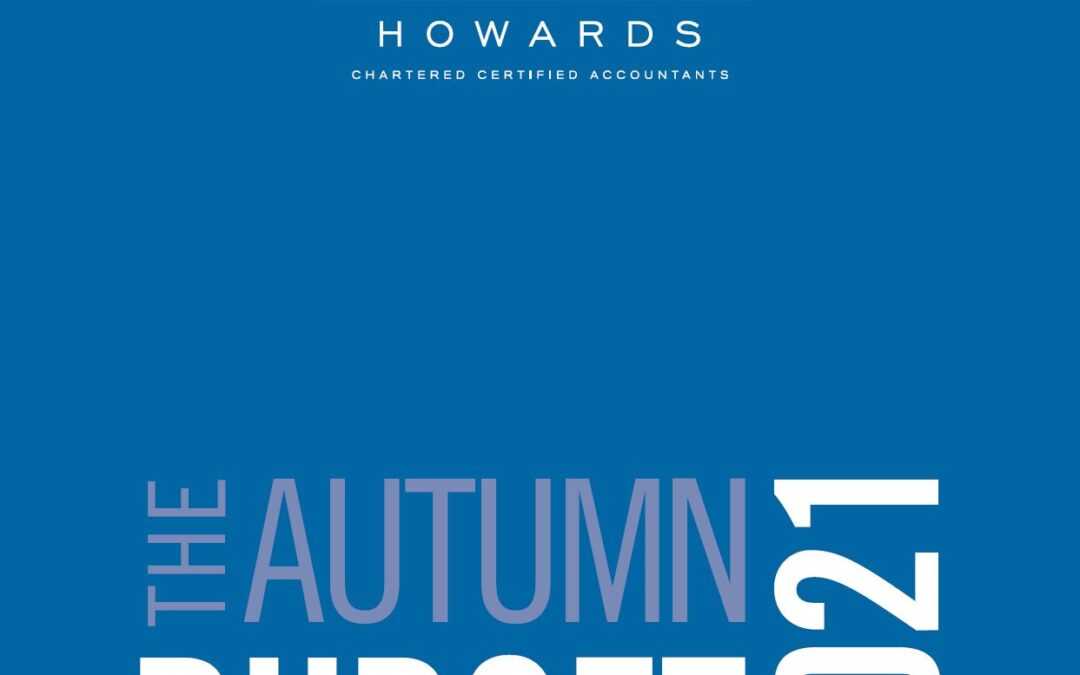 Here is your much awaited Autumn Budget 2021 update from Howards, your accountants in Stafford.

This Summary covers the key tax changes announced in the Chancellor’s speech and includes tables of the main rates and allowances. At the back of the Summary you will find a calendar of the tax year with important deadline dates shown.
We recommend that you review your financial plans regularly as some aspects of the Budget will not be implemented until later dates. We will, of course, be happy to discuss with you any of the points covered in this report and help you adapt and reassess your plans in the light of any legislative changes.

An age of optimism?

Throughout the pandemic, the government has been paying outunprecedented amounts of support to employers, businesses, and self-employed people to protect the economy from collapsing, at the same time as incurring all the costs of supporting the health system through its greatest crisis. We have been waiting for the bill to arrive – the tax increases that will pay for it all. We might have expected the Chancellor to arrive at the despatch box in a sombre mood.

Instead, he spent most of his speech spreading more money to every corner of the United Kingdom. He spoke of billions here, millions there, freezing duty on fuel and alcohol, cutting business rates for small businesses, supporting families, building houses. Although he started by saying ‘we have challenging months ahead’, he moved rapidly on to what he called ‘an economy fit for a new age of optimism’. So, where has he hidden the bad news? In truth, most of it had already been announced.

The freezing of tax allowances and bands was a substantial tax-raising measure in the March Budget. The Prime Minister described the new Health and Social Care Levy in September: extra National Insurance and dividend taxation are expected to raise £17 billion each year. Adjustments to uprating pension benefits will raise another £5 billion a year.

These are very large amounts – most other announcements are measured in millions. When the Chancellor sits down, the Government publishes everything on the internet –proposals he hasn’t mentioned; the detail of things he only touched on; and the tables of financial estimates that show what is significant and what is marginal. This booklet summarises the most important points and explains how they affect businesses and individuals. We will be happy to discuss the proposals with you and help you understand the implications for your finances.

Significant points in the Budget summary from your Stafford-based accountant

• Confirmation of 1.25% increases in National Insurance Contributions (NIC) and dividend tax rates from 6 April 2022, as well as increases in most NIC thresholds

• Temporary reliefs for Business Rates for small businesses in 2022/23, with longer-term reform of the system and reliefs for expenditure to be introduced in April 2023

• Making Tax Digital for Income Tax Self Assessment to be introduced from 2024/25, along with a new penalty regime for late submission and payment

You can download this 18 page informative and practical report for free.