Donation will help youngster to walk alongside his brother 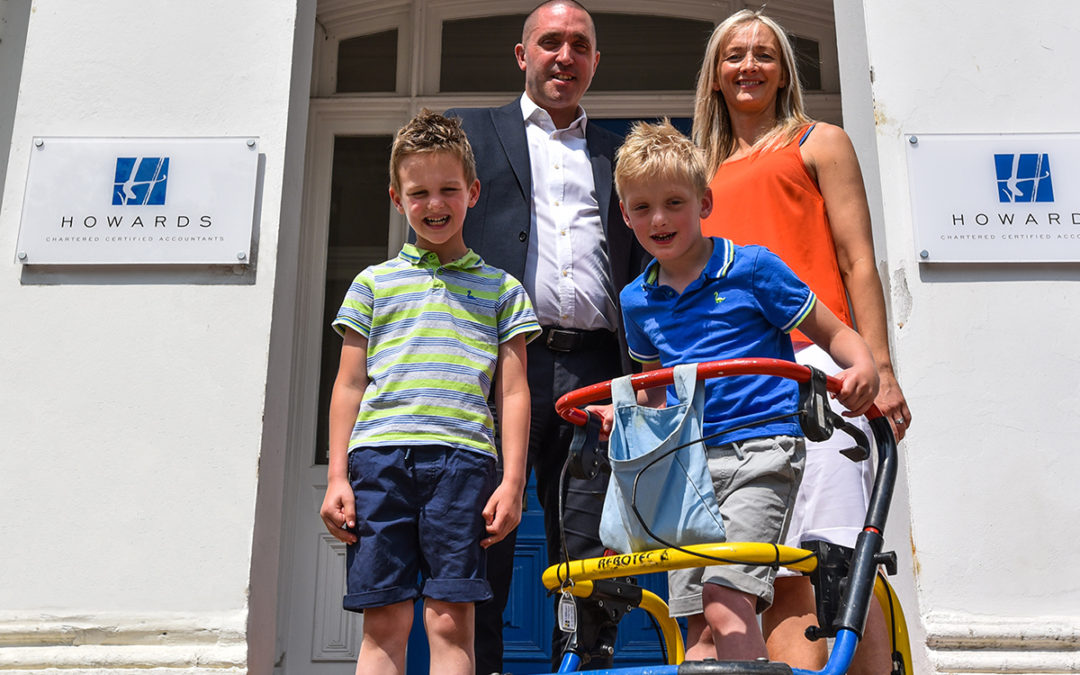 We have donated a generous £1,000 to a family of a six-year-old boy who dreams of walking alongside his twin brother.

Beau Machin, who lives in Moorlands, suffers from cerebral palsy and his parents Georgina and Andy believe that pioneering surgery in the U.S. can ease the effects of his condition that prevents him from walking and playing like his brother can.

We were recently approached by the brave youngster’s family whose aim is to raise £75,000 to pay for treatment that offers the best chance of a normal life.

Beau and his twin brother Seth were born 14 weeks premature and each suffered a bleed on the brain and were not expected to survive. Seth luckily had no lasting effects but Beau was later diagnosed with the condition.

Georgina and Andy raised a funding appeal, in aid of Just4Children, hoping to raise money to allow Beau to have life changing Selective Dorsal Rhizotomy (SDR), rehabilitation and physiotherapy. Unfortunately SDR is limited in this country and not available on the NHS.

Georgina said: “Walking is something a lot of us take for granted, but for Beau it’s something that he works tremendously hard for.”

We have always been keen to support charities and fundraisers in the community we serve. When Beau’s parents approached us, we were delighted to be able to help.

Beau is such a strong little boy praying for a chance to live a normal life and we hope others can see what a great cause this is to help fund his treatment.

Andy added: “We’re extremely grateful with the donation that came from Howards, it just shows that local businesses still care about their community and are eager to help.”

Donations can be made via the JustGiving or Just4Children websites.