So what did the Chancellor’s ‘Spring Statement’ do for you? 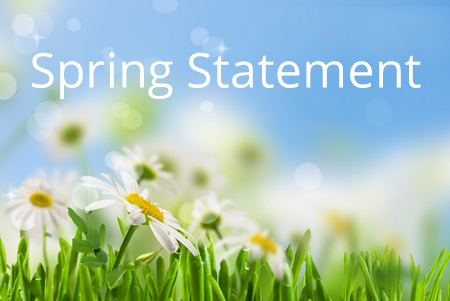 When the Chancellor Philip Hammond got up to deliver his Spring Statement a couple of weeks ago the first thing we were told was that it wasn’t a Budget speech. There would be no spending hikes or tax changes and no big policy announcements.

So you wouldn’t be alone if you were asking yourself what the point of it was. Or it might have even passed you by completely.

Hammond said that there is light at the end of the tunnel… but I think you might be a little surprised at how long that tunnel is.

Here’s a handy summary of what else the Chancellor said in his Spring Statement:

At times, Hammond’s speech was so upbeat that you could be forgiven for thinking austerity was all but over. Yet he has been criticised by many for focusing too much on the larger economic outlook and ignoring the struggles of those managing on extremely tight incomes.

Here’s what the Spring Statement meant for:

The Chancellor revealed a deal with the West Midlands for an extra 215,000 new homes to be built by 2030-31. He also pledged money for 27,000 more affordable homes in London and to boost support for small house-builders, more than doubling the housing growth partnership to £220m.

The environment (and your coffee cups)

Hammond didn’t announce a 25p tax on single-use coffee cups but he did call for evidence on ways to tackle plastic waste, including through the tax system. He also put forward a pledge to help universities and businesses push forward with green innovations.

Hammond revealed plans to crack down on businesses masquerading as individuals when selling online. They do this to avoid paying taxes like VAT which means the economy and public services suffer. It is likely that any change would cost some sellers more and that could lead to a rise in online prices.

Despite saying there wouldn’t be, there were some spending pledges in the Spring Statement and they mostly targeted younger workers. There will be £80m more spent supporting small businesses to engage apprentices and £500m will be spent developing so-called ‘T-Levels’ to boost home-grown talent, with qualifications in digital, construction, education and childcare.

There was also mention of how much our Brexit ‘divorce bill’ is going to be – over £37 billion to be precise.

When the financial crisis hit we heard about the ‘government deficit’ and that’s where austerity began. Hammond was delighted to announce that instead of the government being in debt a small surplus is forecast for 2018-19.

This positivity when talking about borrowing did suggest that there could be plans to increase spending on things like the NHS, schools, and infrastructure in the Autumn Budget. Watch this space…