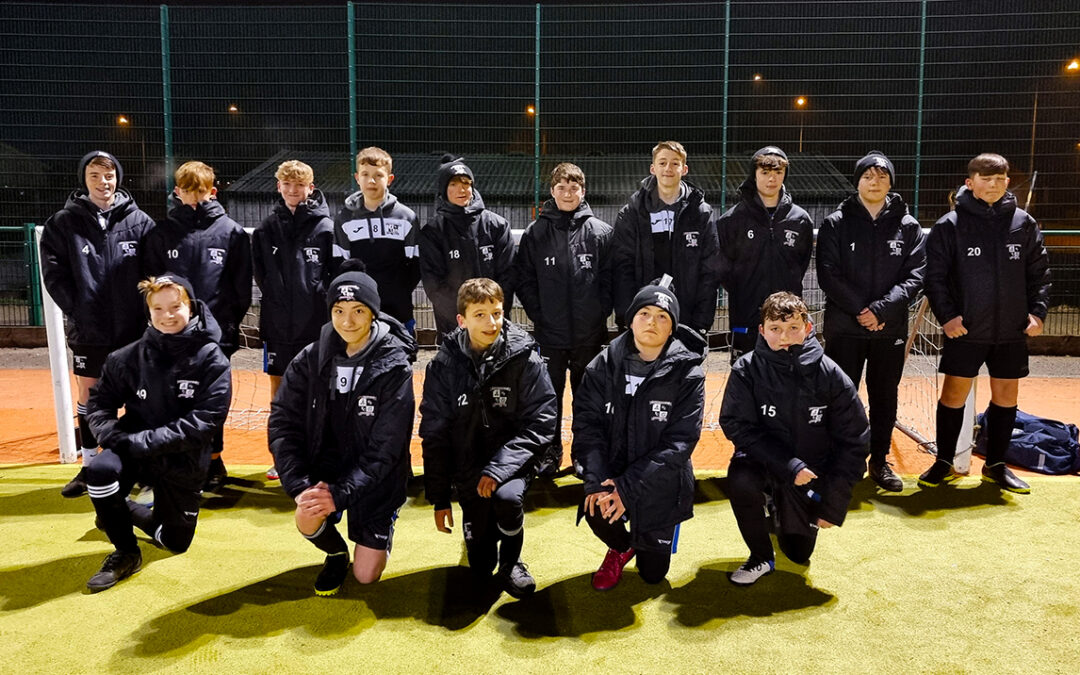 Staffordshire youth footballers are getting the chance to enhance their skills and improve their teamwork. And they look the part thanks to sponsorship from Howards. We’re delighted to support the Uttoxeter Juniors Under-14 football team with new kit.

The squad comprises 19 local lads, aged 13 and 14. They attend two different high schools. Many come from different middle schools, so football brought them together. All now sport new coats, hoodies, sweatshirts and hats.

Certainly, the warm clothing is handy during winter weekly training. These sessions on Astroturf under floodlights are held at Thomas Alleyne’s School. In spring/summer the Uttoxeter Juniors Under-14 football team trains on the pitch at Elkes’ biscuit factory. The boys wear the new kit at home games at Oldfields’ Hall Middle School. Of course, it goes with them to away matches, too. We’re also happy to sponsor clothing for the team’s three coaches.

Top of the league

The Uttoxeter Juniors play in Division 2 of the Mid Staffs League. Five other clubs represent Lichfield, Brereton, Rugeley, Withington and Berkswich. After six matches the team is riding high. Top of the league and five points clear. To date, the boys have lost only one game. Nine matches remain before the season ends in late May. In addition, the team will play in a Cup shield against various Staffordshire clubs.

Well done to the Uttoxeter Juniors Under-14 football team. And kudos to their coaches. Some Premier League sides would envy your record. Keep up the good work everyone!